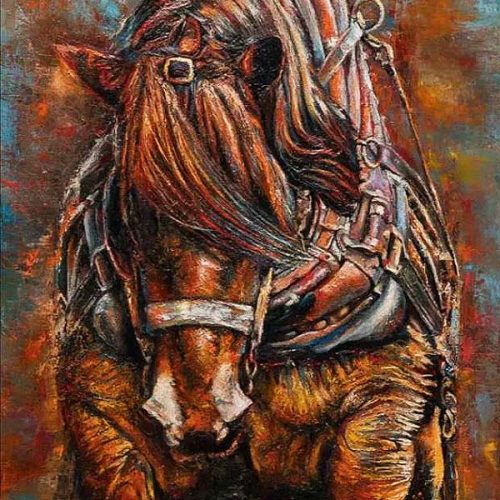 Marcus grew up in the farm lands and forgotten lumber mills of Dallas, Oregon. He is graduate of Oregon State University and later studied art and classical animation at Vancouver Film School in B.C., Canada.

After working almost twenty years in the gaming industry as an animator and 3-D modeler, he decided to follow his dream and began painting full time in 2015.

Marcus lives with his family in Woodinville and spends his time painting in his studio. His vision with each painting is to elicit movement and energy. He attempts to create paintings that will evoke strong emotion and fond recollections.